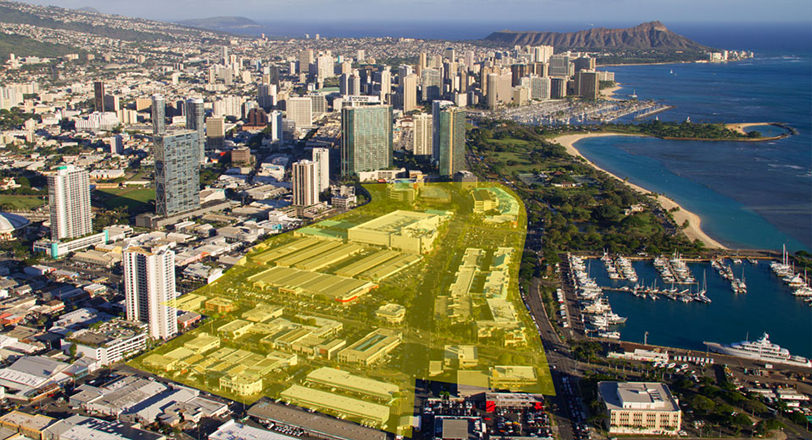 Three residential high-rises could start coming out of the ground at Ward Centers in 2014 as part of a revised master plan transforming 60 acres of retail and industrial businesses into an almost entirely new neighborhood dominated by condominium towers and twice as many shops and restaurants.

Howard Hughes Corp. unveiled the development plan Wednesday, about two years after the Texas-based firm acquired Ward Centers from General Growth Properties. “We really believe we have the ability to transform the neighborhood into something that hasn’t been seen before in Honolulu,” said David Striph, senior vice president overseeing Hawaii operations for Hughes Corp.

The Hughes Corp. plan is a revision to a 2008 General Growth plan that led to state approval for developing up to 9.3 million square feet of building area, including 4,300 residential units, in the area. Revisions by Hughes Corp. pertain to how the company intends to distribute all the approved development to shape the community, and doesn’t change how much total density is allowed.

The new plan, dubbed Ward Village, would double the amount of retail, dining and entertainment venues on their property. It also calls for 22 skinnier towers that preserve more public views of the mountains and ocean compared with General Growth’s plan for 20 towers.

Another major plan revision is the intention by Hughes Corp. to orient the long side of nearly all its towers on a mauka-makai axis to further maximize public mountain and ocean views between buildings. Eight towers still would front AlaMoana Boulevard, but they would be set back 60 to 70 feet from the street instead of 15 feet, according to Nick Vanderboom, Hughes

An initial phase that includes one moderate-priced and two market-priced residential towers is projected to break ground in early 2014 if specific design and permitting approvals are granted by the Hawaii Community Development Authority. Renovating the IBM office building is also part of the first phase that Hughes Corp. estimates will produce a $1.25 billion economic impact and 9,000 jobs.

Completion of the first phase is expected in 2016.

Is more than just purchasing property. From The sub… More Details

A $200 million project to be developed on the… More Details

Login required for member only features. 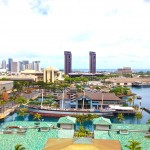 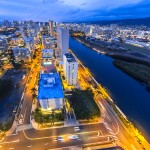